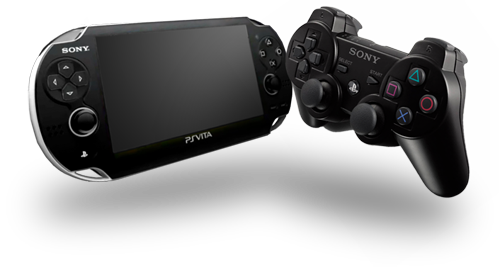 PSN Trophy Leaders takes your trophy pursuit to another level! We are dedicated to giving a true representation of the leaders in the PSN trophy community. From our humble beginnings as a semi-automated spreadsheet of about 30 users, PSN Trophy Leaders has grown into what it is today.

What makes us unique is that unlike other trophy sites, we track more than just the number of points earned based on trophy counts. Although we do maintain the standard leaderboard everyone is used to, we don't feel that this gives a fully accurate picture of the "Trophy Leaders" in the world. Trophy hunting is about more than just who has the most trophies. To us, all that number correlates to is who has the most time, money, and possibly friends using shared accounts to inflate their numbers. We at PSN Trophy Leaders don't think that's fair... so we did something about it! We added three additional leaderboards that specifically focus on the quality of trophy collections instead of just quantity. Our goal is to separate the people with simply a lot of time from the people with incredible gaming skill.

This is the leaderboard everyone is used to. The points are calculated based on the number of trophies earned of each type.

This leaderboard takes the total from the Main Leaderboard, and then twists it a little. The points are adjusted based on the percentage of trophy points a user has earned for their games.

This leaderboard is the one that inspired the site. A user only gets points for games that they have completed. Completed refers to earning 100% of trophies for the game including downloadable content. When new content is released for a game, all users who have previously completed that game will revert to incomplete. The "completist" mentality is simple, 100% is all that matters! Having the platinum trophy for a game may not be good enough for this leaderboard!

Here's how it works... Every game has a base value of 200 points that is awarded for completion. On top of that, up to 6,000 bonus points can be awarded based on the percentage of users that have completed the game out of all the users that own it. If almost every user who plays a game completes it, the total points for the game will be close to 200. However, if almost none of them do, then the total points will be much closer to the 6,200 maximum. Completing difficult games are very beneficial for this leaderboard! Games like Hannah Montana won't be contributing a lot of points here!

Additionally, a user's total points are adjusted based on the number of games they have complete out of all the games they have played. Once again, this is the "completist" mentality. For example, if a user has completed half of their games, then their total points will be reduced by 50%. However, if a user has completed ALL of their games, their total points will not be reduced at all. It's very beneficial not to leave any games incomplete for this leaderboard.

This leaderboard rewards players for getting difficult trophies. The normal value of the trophies doesn't matter here, because each trophy's value is based on what percent of a game's users have earned that trophy!